How do Mutuals vary from shareholder owned Insurers when it comes to paying claims? 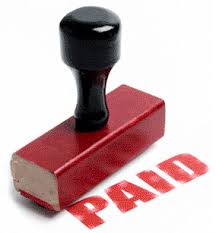 How do Mutuals vary from shareholder owned Insurers when it comes to paying claims?

Data from nine members of the Association of Financial Mutuals  indicates “higher than the industry average” claim statistics from mutual insurers.

The Association of Financial Mutuals (AFM) has revealed that nine of its members that offer income protection, paid out over £22m in claims to 4,950 policyholders in 2017.

“Our survey of nine income protection members of AFM showed that in 2017 they paid out on 93.7% of claims,” said Martin Shaw, chief executive of The Association of Financial Mutuals. “That is significantly higher than the industry average, and clear evidence that policyholders can trust a mutual to support them in times of need.”

Based on the ‘ABI methodology’ for collecting claims data, the research also showed that musculoskeletal problems remain the main reason for claims, while mental illness now accounts for twice as many claims as cancer. The main reason for rejecting a claim was due to non-disclosure, either at application or during the claim.

“Recent research by the Protection Review indicated that almost half of people do not trust income protection insurers to pay claims,” said Shaw. “Our own survey shows that policyholders of mutual providers are being fairly treated, but that the industry needs to work harder on communicating the benefits of income protection.”

If you are interested in arranging protection insurance it really can pay to take impartial advice.

Whilst you are welcome to get a quote on-line but we would recommend you talk to one of our advisers.

Any quote that your adviser provides you with will take into account to your circumstances, your medical history, as well as your budget!

An on-line quote is just that – a quote – it isn’t a definite offer of cover. What really matters is the premium you are offered, after your application has been assessed.

Please feel free to read our Independent client reviews, or read about the team at Future Proof.